The growth in numbers of marrow donors and cord blood units, plus the diversity of racial and ethnic backgrounds on the registry, are improving all patients' chances of finding the match they need. 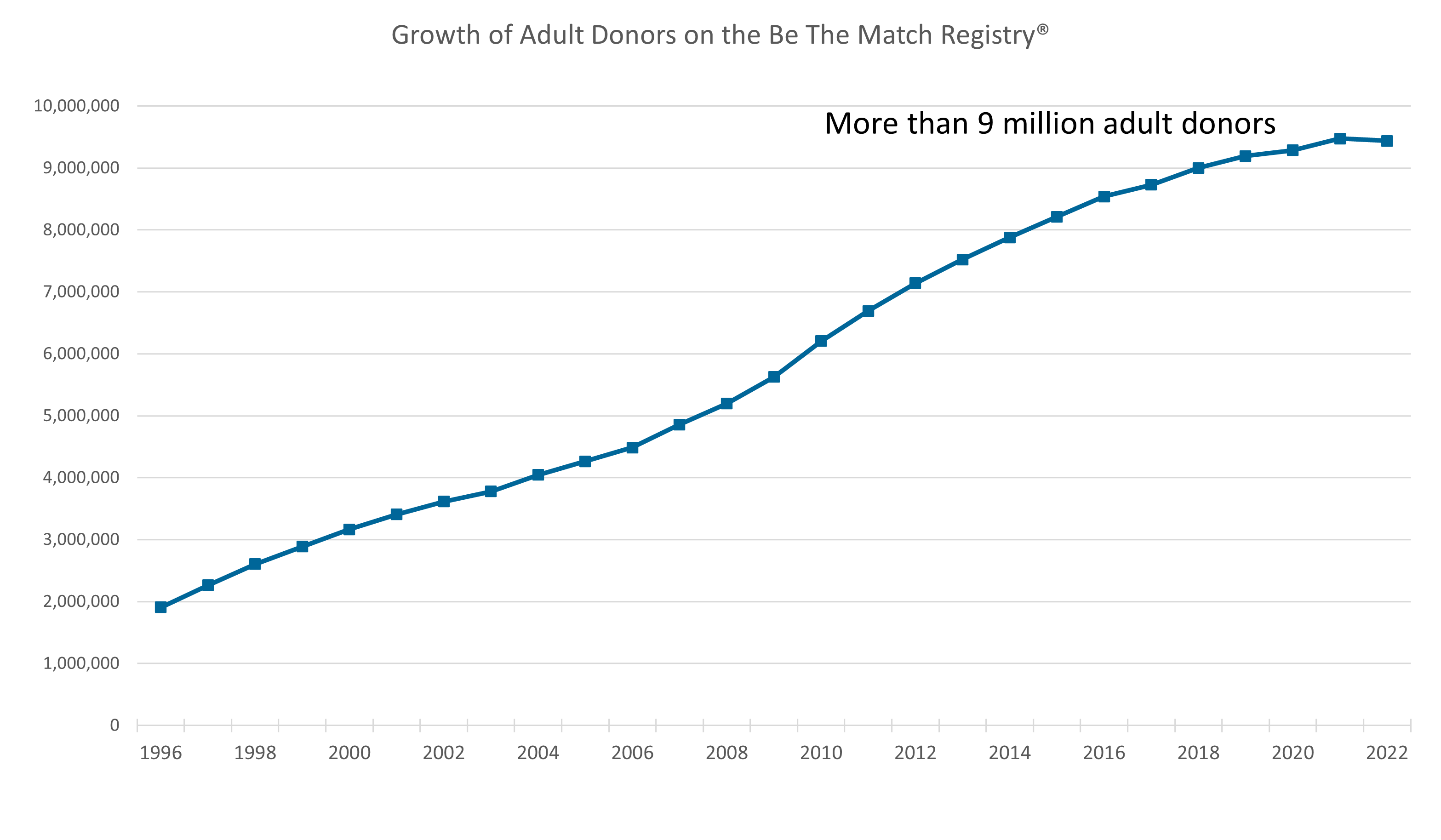 The registry contains more than 9 million potential donors in the U.S. 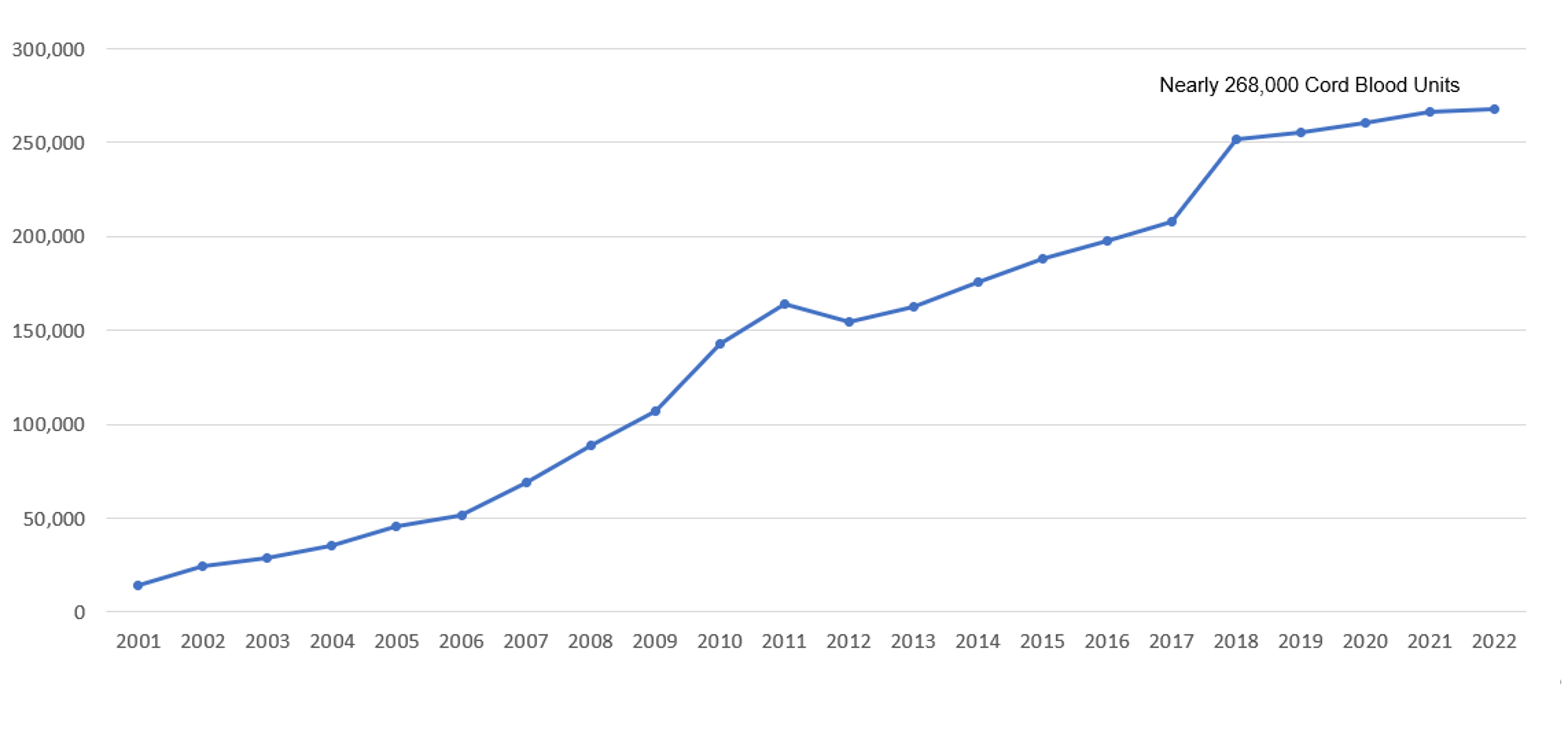 The registry contains more than 266,000 available cord blood units. This total includes more than 115,000 units from the National Cord Blood Inventory (NCBI), with over 4,000 NCBI units added in 2021. 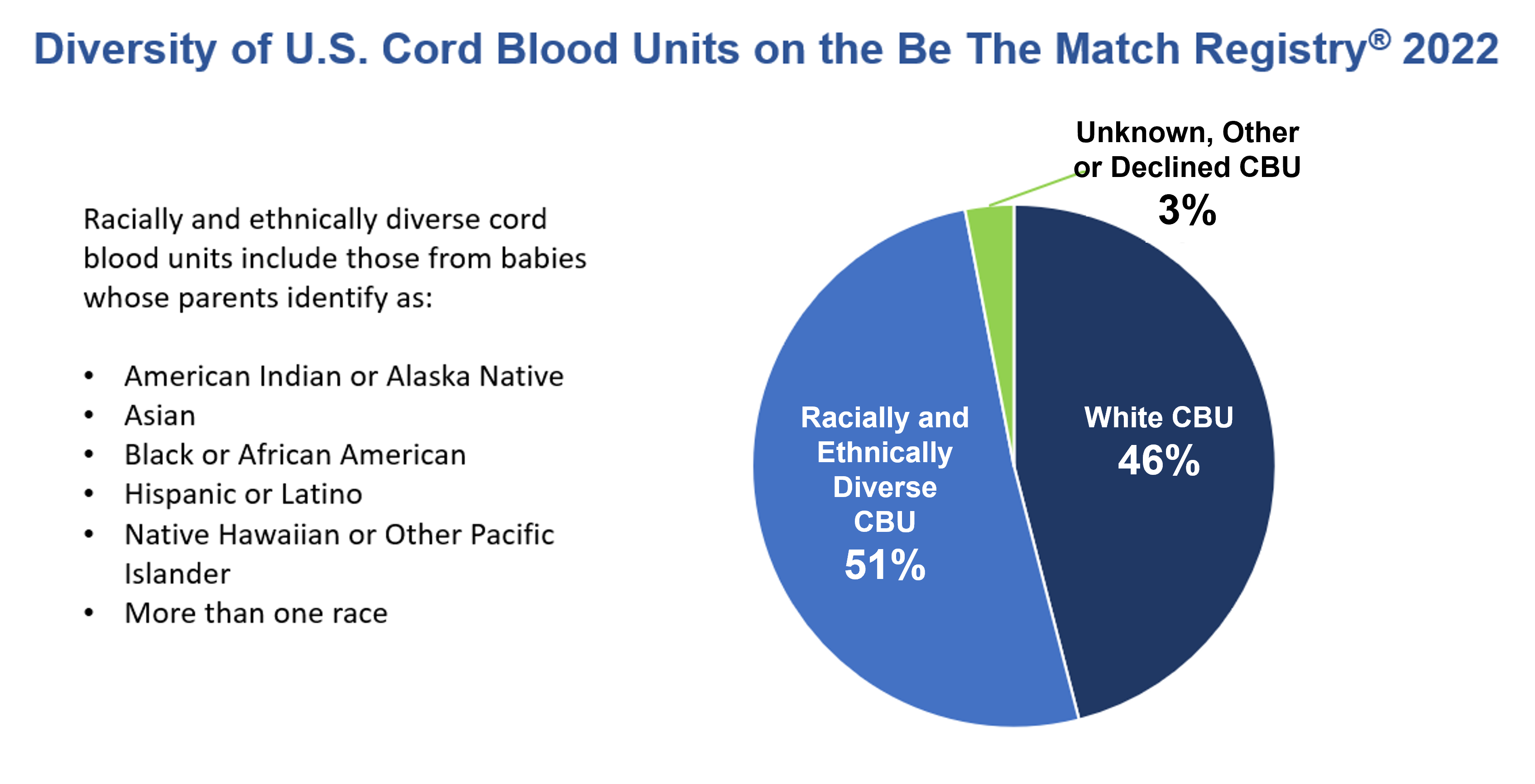 More than 136,000 cord blood units on the registry in 2021 were from donors who identified their racial or ethnic background as: 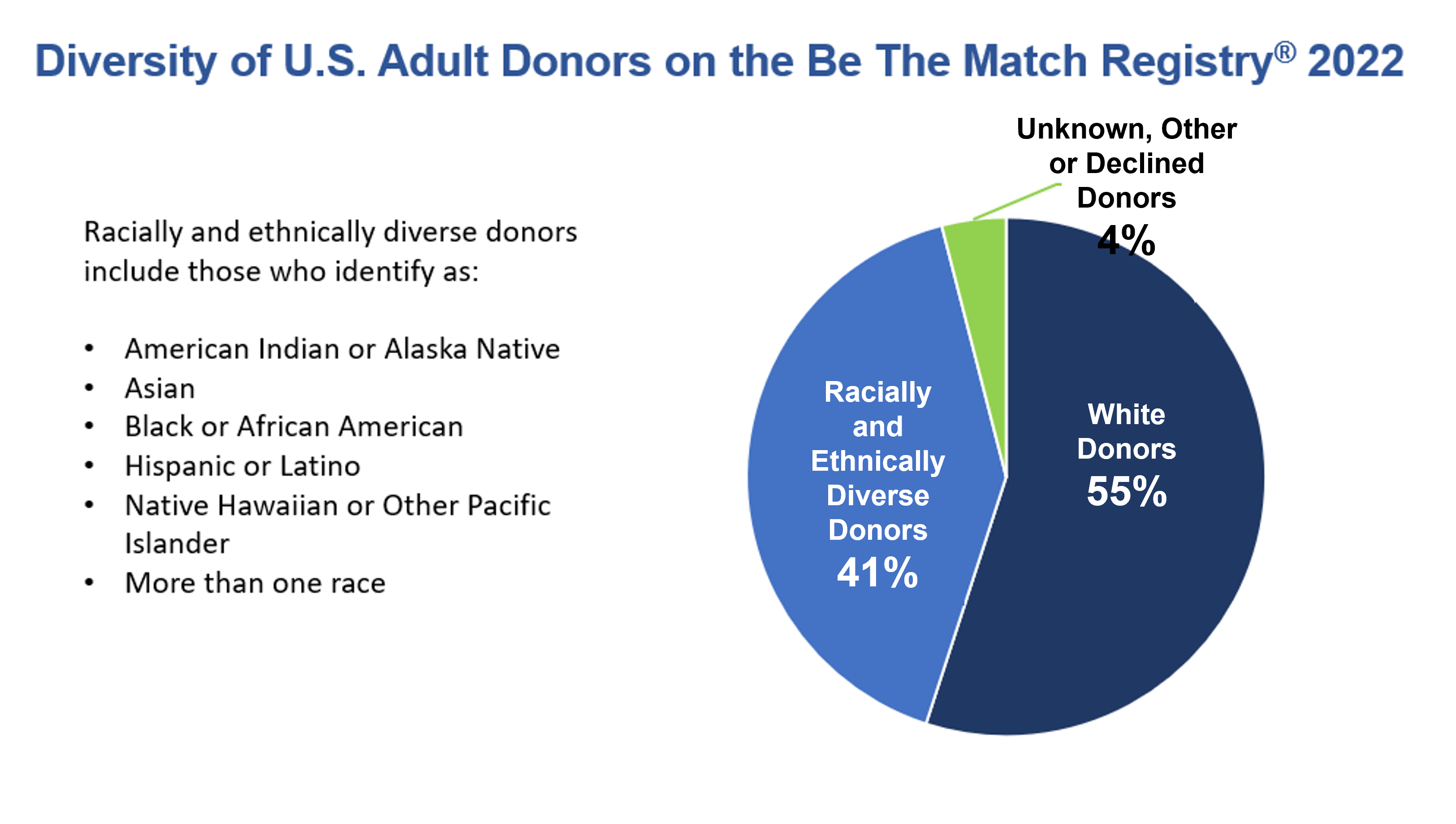 More than 3.7 million U.S. volunteers on the registry in 2021 were from these racial and ethnic communities:

Note: May not add up to 100% due to Unknown, Other, and Declined to answer.

Note: May not add up to 100% due to Unknown, Other, and Declined to answer.

Successful Outcomes Depend on a Matching Donor

Learn more about the need for donors.